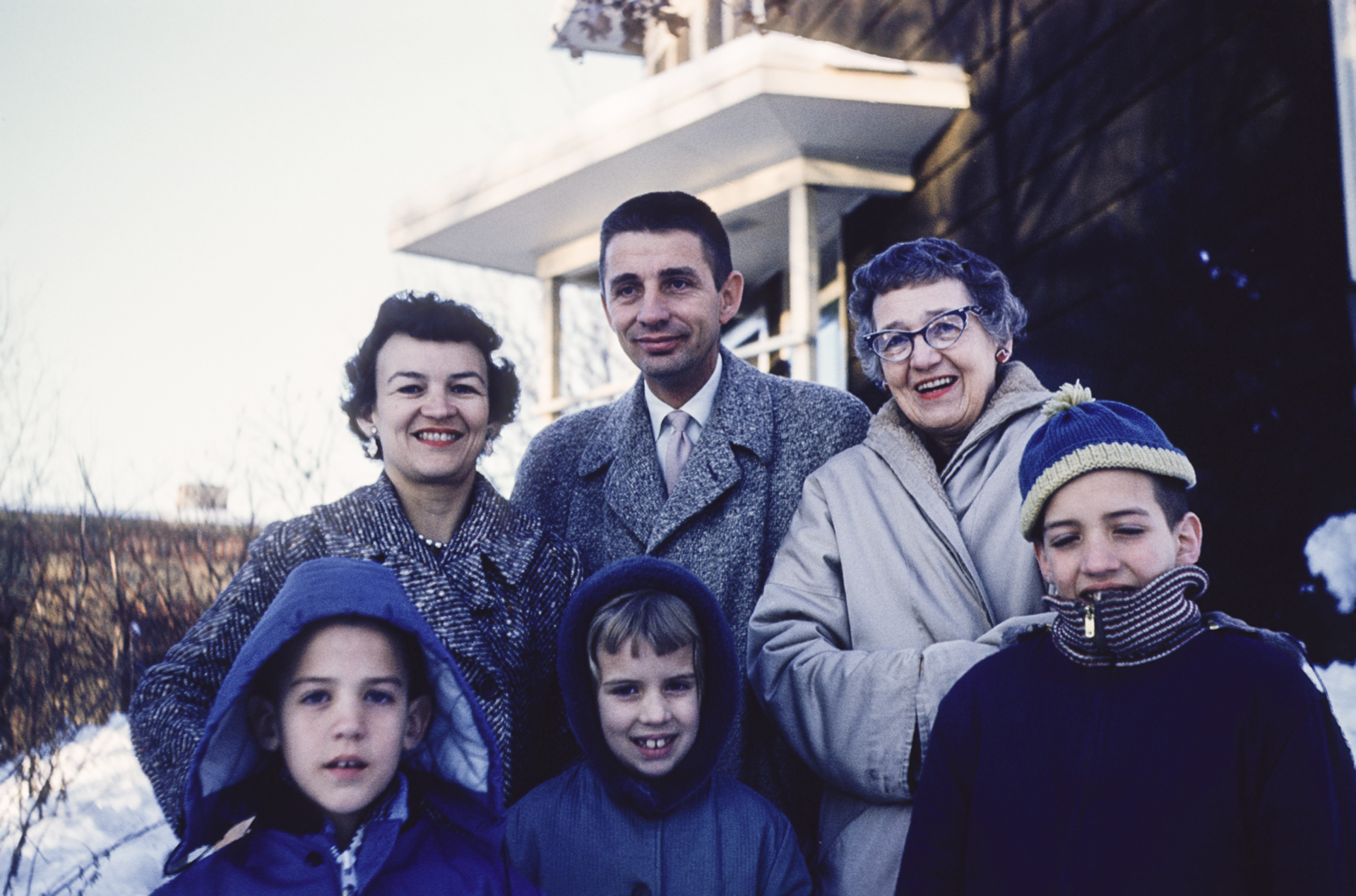 Family communication on the day Berkley passed away

Dad was born in 1921. He pioneered a life that impacted others for 98 years. His duality of concern for how others thought of him and how graciously he thought of others molded a personality that was uniquely special and full of influence. He embraced responsibility for the challenges to humanity from nuclear annihilation to climate change to disparity in affluence to the economic greed in medicine over the natural pathic solutions to human health. He transitioned a sleepy town in NW Iowa with his fishing business; he set an example of principle as a Congressman; and he lived wisdom and passion in his senior years – never giving up on the desire and belief that he could change the world for the better.

Berkley Warren Bedell lived a full life of passion, action and cause until Wednesday morning, December 4, 2019 when a severe stroke attacked his very alive and productive brain. He loved life and wanted it to last forever, but he feared being disabled and being unable to live life to the fullest. He was granted his wish. It took several days for his body to let go…but he did not suffer. He did not spend months or years living in a hospital bed. He celebrated his causes and friends right up to his last days. Like the rest of his extraordinary life, he lived as he wished right up until the end.

Dad was blessed with the love of his life, Elinor Healy Bedell, who passed away two years ago. They lived a precious partnership – each giving to the other. Mom was an angel who loved everyone. Her mantra, “If you do not think poorly of others, you will not say bad things of others!” She and Dad were the most incredible parents – we three kids lived a dream life of love, support, encouragement and example. Our lives have been blessed by the spirit of unconditional love that most others do not experience.

On this day we sob our emotions…as it is Dad’s time to join Mom again. We feel sadness that Dad’s inspiration of unrelenting determination to make the world and humanity better will have a quieter voice. We feel overwhelmed by the loss of his love, his support, his pride in each of us, and the need inside of us to live up to his high expectations and example.

Like Mom before, an angel made flight with Dad this morning. As empty as our hearts feel, we must celebrate the astounding life we have lived under the halo of Dad’s generosity and giving.

“We love you Dad. We are grateful for you Dad. We have been blessed by you Dad. We wish you peace. And we will carry on your cause of caring for the well being of humankind and Mother Earth!” 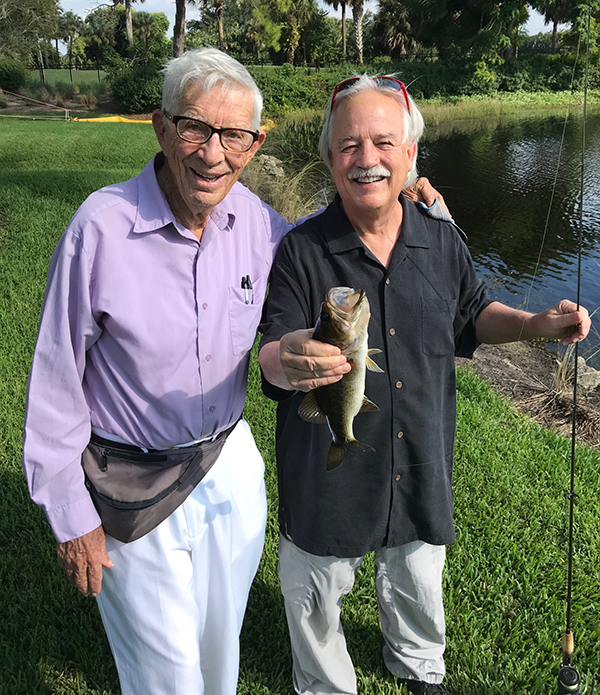 A Letter to Dad, from Tom

It is 5:30 am. The sun about to peak over the horizon. The lake calm. Looking out my window I pause, in the past I might have seen you in your boat, fishing under my dock. A feeling of loneliness washes over me. The Iowa Great Lakes were truly your home. Fort Dodge Point. Miller’s Bay. A school of striped bass. Blue Gills on a popper. Fishing was your meditation, your way to connect with your soul. At various times, people all around the lakes would awaken to the site of Berkley Bedell standing waist deep on the rocks of a point, casting your fly rod.

Memories flood into view as I swallow hard, choked up in thoughtful emotion. Our last conversation was in your apartment in Naples, Florida. After playing cribbage, your mind was rich with burdens. We sat and talked. At age 98 you were frustrated that you could not do more to save the Earth for humankind. Climate Change, the potential of nuclear annihilation, the greed of money dominating politics and our government, a misguided healthcare system, the burdens of student debt…you were filled with challenges that needed to be fixed and you remained passionate and determined about fixing them. I remember smiling as I tucked into bed that night, how blessed my life has been to have a Father that cares so deeply about everyone. For a moment, I felt a sadness that these challenges were so ever present in your days – burdens that you carried with you – always. Then I flashed back to an earlier conversation where I had admonished you to take it easy, smell the flowers, enjoy your grandchildren. You had looked at me with that puzzled expression we all know so well and said. “I have spent all of my life trying to fix things, to help others, to right the wrongs. I cannot stop caring. I have to try!”

As we shared a duck dinner the second to the last night we were together, chatted about how our lives have been intertwined. We worked together on your campaigns for Congress and I joined you in Washington, DC. You invited me to lead your fishing tackle company. Together we collaborated in launching the Okoboji Foundation, Save the Park, and so many other critical projects that now contribute to the quality of life in the community that has been our home for five generations now. Yes, Dad, we have walked the road of life hand-in-hand. You have been my guide and mentor. Your inspiration and example have set a high bar. Your support and love have given me strength. Your passion and compassion have touched everyone you encounter. You wrote a book titled, Tackling Giants. In my book you are a giant who lives ever present within me every day of my life, giving me strength and purpose. My life is blessed by you, the most incredible Father I could ever imagine.

A Word From Ken Bedell

Sometime around 2000 when Dad was in his late 70s, he became very interested in reflecting on his own life story. I suspect that before that he concentrated on living his life rather than analyzing it. Several times he started writing his autobiography. But the process frustrated him. He and I talked about it every time we were together.

One thing never changed. He believed that what he experienced in his life could be of help to other people. I see this as the core of his whole life. He wanted to solve problems in a way that benefited others. He had an unshakable believe in the scientific spirit. So, he thought that answers could be found through investigation. Once discovered, he believed that a “truth” or a “solution” would be accepted by everyone and progress would result.

On example illustrates this. He and the people he worked with in Spirit Lake, Iowa invented a number of products that advanced the technology of sport fishing. The driving force for him was to make sport fishing more enjoyable because people could catch more fish. He thought that the trick was to use science to discover how to catch more fish.

His first attempts at writing his autobiography were very similar to the Preface of Tackling Giants. He made a general statement about the lessons from his life and then listed accomplishments. He asked people to review and edit what he wrote. I worked on one version. His friend, Senator Paul Simon, spent hours making suggestions about one version. But there were difficulties.
One difficulty was that in his late 70s his mind was very sharp, so he had a good memory of major events. However, often some of the details were fuzzy. He didn’t have a way to confirm facts or fill in details. Also, for his story to come alive he needed to include the perspective of other people who worked with him or observed him in action.

At one point I suggested he talk to a friend of mine, Larry Ramey, about helping him. After an initial discussion, Larry was excited about the project, but he was nervous about being able to accurately tell the story about Dad’s involvement with alternative medicine. So, they decided to ask a writer friend of Dad’s, Daniel Haley, to help with that part of Dad’s story.

Larry interviewed people in Spirit Lake, Iowa who had known Dad his whole life, he traveled to Arizona to interview Dad’s brother, Jack. He talked to Members of Congress and others who worked with Dad in Washington. The result is a book, Tackling Giants: The Life Story of Berkley Bedell printed in 2005.

When Dad had the book printed, I think he hoped that people would read it and be inspired by what he accomplished to take on the challenges facing humanity and work hard to find solutions. Since 2005 the seriousness of challenges humanity faces have become more evident.

I think Dad’s story is even more important today than it was in 2005. At the end of his life Dad recognized that both business and politics have changed. Today business focuses only on accumulating wealth. Politicians are only interested in gaining and preserving power. News outlets, television, radio and social media only want to gain audience and ad revenue. The details of what he did and the way he approached life illustrate that things can be different. We would not want to return to exactly the way things were 50, 70 or 90 years ago, but Dad’s story illustrates that that things don’t need to be the way they are now.

There are still a few copies of the book, Tackling Giants, available. We’d like to send you a free copy postage paid. You can sign-up for one at the Foundation for Alternative and Integrative Medicine website. 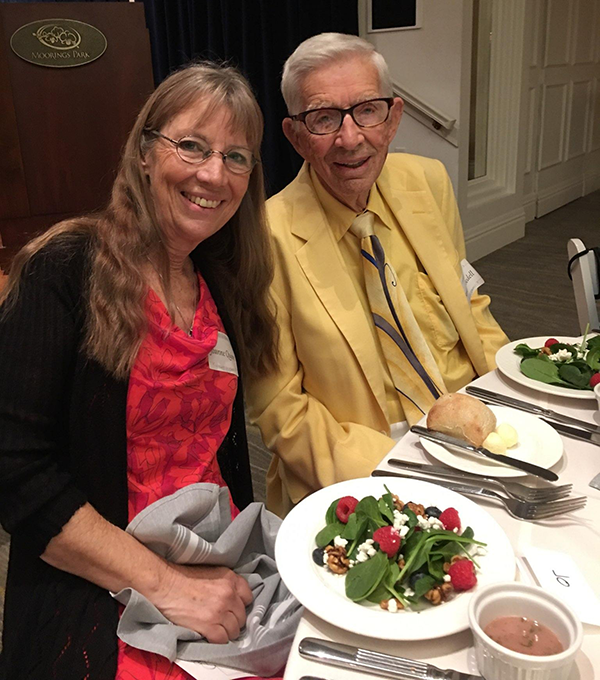 A Word from Jo

We all are aware of Dad’s serious side with his desire to help the world through addressing climate change, help the United States through government reform, help the community through all of the projects he participated in locally, help public health through the founding of the Foundation for Alternative and Integrative Medicine, and help us as friends and family through his many kind and thoughtful deeds. But Dad also had a very fun side which especially shown when it came to fishing. I would like to share a short fishing story, which of course is true and unadulterated. What you may not know about Dad is that he not only loved to fish but he was extremely competitive. Having said that, he was also full service. He would rig up our rods with us as individuals in mind.

One Christmas we were celebrating together in the Bahamas. At dusk, before dinner, Dad, my brother Ken and I decided to go out to see what we could catch. Dad had rigged our rods as usual. He handed Ken his and me mine and we headed out. Dad was driving the boat and all three of us were trolling. When you fish this way, as soon as someone got a fish on, the boat would stop and all efforts would be made to land the fish. All of a sudden I got a big hit. I called to Dad that I had a fish. Dad replied “no you don’t”. Ken confirmed, explaining that he saw the fish jump. Dad got a crazy grin on his face and said “well we better turn around and chase this fish because Jo’s reel has very little line on it and her lure has not hook”.

Here’s to you, Dad! Thank you for all the fun times we have had fishing, hunting, camping, skiing, playing games, talking politics, running the Foundation (FAIM) together, setting goals, and doing for others. You have been the best mentor a daughter could have. I was lucky enough to have you as a father and a friend.