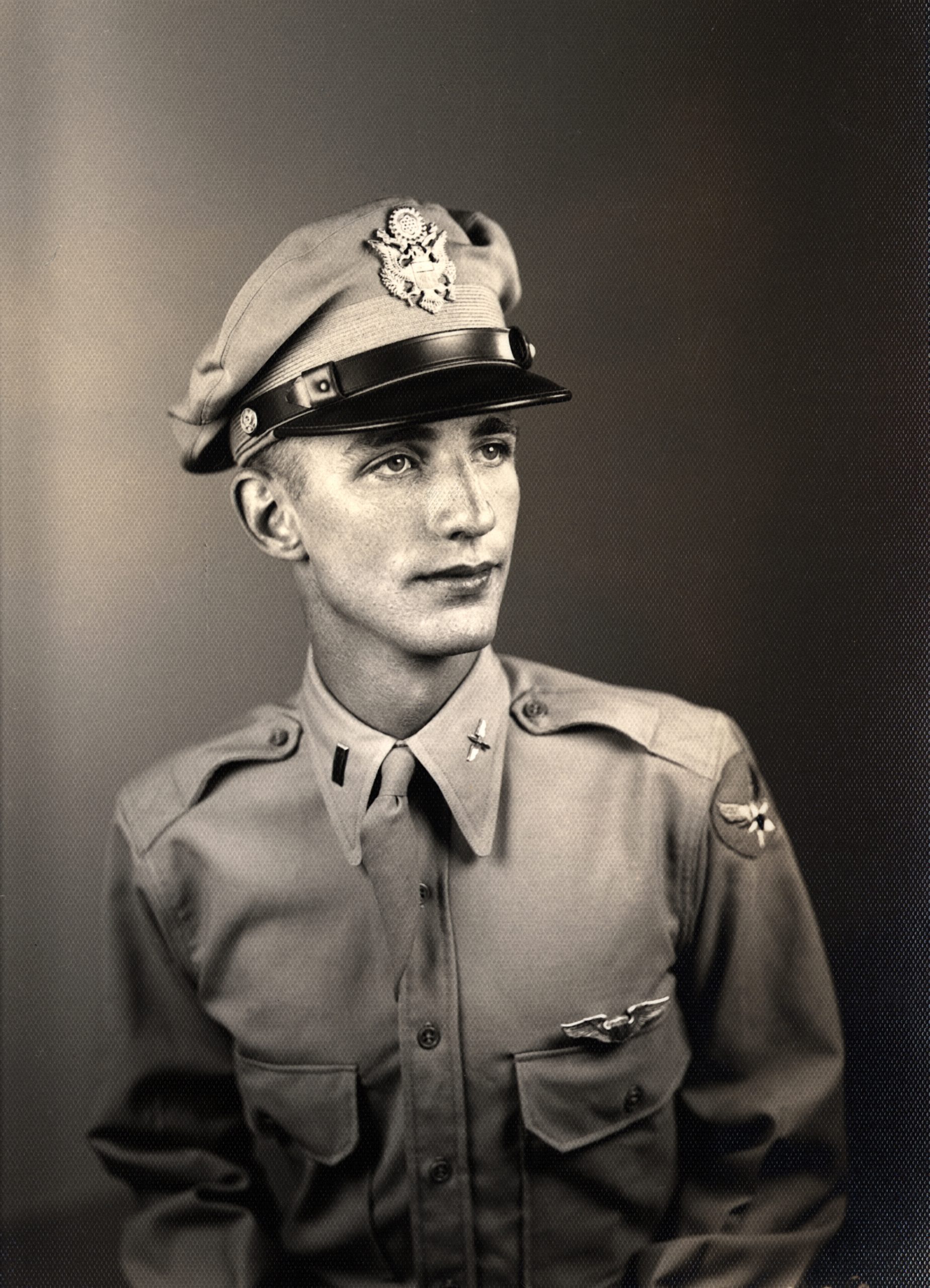 Berkley Warren Bedell, age 98, passed away on December 7, 2019 three days after suffering a massive stroke in Naples, FL. A third generation of Spirit Lake, IA, he was born on March 5, 1921. Growing up with two loving parents, Walter and Virginia Bedell and a younger brother, Jack, his life was filled with fishing, hunting, and hanging out with the South Side Gang – a harmless group of neighborhood friends who loved fishing, hunting and the magical life in a small town surrounded by lakes and wildlife.

In 1937, while still in high school, he began tying fishing flies and selling them in a local tackle shop. With the encouragement of his family, his natural entrepreneurial instincts encouraged him to develop fishing leaders and the beginning of what became Berkley & Co. He attended Iowa State University where he met the love of his life, Elinor Healy. He continued his fishing tackle business until World War II called. Joining the Army Air Corps, he became a flight instructor. Elinor and Berkley were married August 29, 1943

After the war, Berk and Elinor returned to Spirit Lake and restarted Berkley & Co which grew rapidly. From Steelon leaders to Trilene fishing line, Berkley’s inventiveness introduced new and better products into the fishing tackle market, enabling him to employ hundreds of local people and home workers. The company expanded into multiple locations – finally consolidating into a new factory building on highway 71 where it remains today. In 1964 he has honored by President Lyndon Johnson as the country’s first Small Businessman of the Year. Berks was inducted into the Fresh Water Fishing Hall of Fame, the Bass Fishing Hall of Fame, and the Iowa Business Hall of Fame.

In 1974 he was elected to represent Iowa’s 6th District in the US Congress. He served for twelve years until his retirement in 1987 because he contracted Lyme’s disease. In Congress he served on the Agriculture Committee and chaired the Small Business Committee. He also represented the United States on the UN Convention on Law of the Seas.

When his health returned, he lobbied Congress to establish an Office of Alternative Medicine (OAM) in the National Institutes of Health. He served on the advisory board. Becoming frustrated that OAM did not aggressively consider alternate medical practices, he founded the Foundation for Alternative and Integrative Medicine in 1998 which continues today.

Berkley contributed in countless ways to the quality of life in the Iowa Great Lakes from co-leading the Save The Park funding drive for Arnolds Park, to being a founding member of the Okoboji Foundation. He and Elinor contributed land to create Elinor Bedell State Park in Spirit Lake , Iowa.

While being remembered for his achievements, most people think of Berk for his leadership, his kindness, his compassion and his activeness to make a difference – not just in big causes, but in individual people’s lives. He was alive with empathy and always ready to take on injustice.

Berkley was preceded in death by his wife of 73 years, Elinor Healy Bedell, his brother, Jack Bedell, and his parents, Virginia and Walter Bedell.